A Week with Yoav Reches from the FormLab unicorn.

Nowadays, 3D printing technology is widely used in different applications and communities such as industry, fab lab, academie, research and others. This ongoing revolution offers new perspectives in product design with fast prototyping and iterative process for low cost. Thanks to this technology, almost everyone can design his own 3D objects and print them at home or online. However the printing process is slow and should be carefully prepared in order to produce good results. Such hard constraints cannot allow users to mass produce objects such as in industry. During this workshop, the student will learn how to leverage these issues by using using 3D printing for plastic injection mold fabrication. Based on their own 3D object creation, the student will design their own mold which will be used to produce hundreds of units. 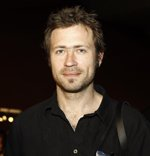 Yoav is a graduate of the M.A. Design Products course in the Royal College of Art, London (2010), followed by a residency at the MIT Media Lab as a visiting researcher in the Fluid Interfaces group. He received a B.A in Industrial Design from of the Bezalel Academy for Arts and Design, Jerusalem (2003) and was a member of the performance group Zik since 1995. He also taught at Shenkar College of Design, Bezalel Academy for Arts and Design and the School of Visual Theatre. He also collaborated as a product design consultant with several companies among them Samsung Electronics and IDEO. Yoav's work has been widely exhibited internationally in venues such as Milan Furniture Fail, London Design Week, Sotheby’s London, Volker Diehl Gallery, Berlin, La Manufacture National de Sèvres Gallery Paris, Third Biennale for Ceramics Tel Aviv and Design Museum Holon. Nowaday, he is chief designer in a 3D printing leading company FormLab.